Hi Everyone and welcome to my weekly blog which will outline and update you on the progress at Millstreet between now and our horse show on August 7th.We are very excited this year as we are hosting a CSI***.

For me, this entails alot of extra administration work. For the past couple of weeks I have spent my time finalising the FEI Schedule which is now available on this website. This year you will see alot of new developments which are currently taking place. All of Stable Blocks A, B, E, F & G have been taken down and will be replaced by approximately 500 new boxes.

Currently the online form is just being finalised and it will be up shortly on our website. Hopefully tomorrow (Thursday) I will have a better idea of the actual date on which the form will be online but my hope is this Friday June 22nd.

Please check back next week for more news! 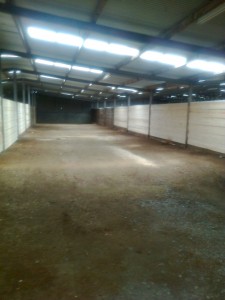 The Competition Authority has recently finalised its investigation into alleged anti-competitive behaviour by Show Jumping Ireland (SJI). They have found in favour of the consumers right to free choice thus vindicating our position held firmly over the past three years.

Subject to two laid conditions being met by the host show, SJI members cannot be penalised in any way – to do so would be unlawful. MIHS has no difficulty in satisfying these two conditions.

A LEADING rider prize of €5,000 will be on offer in the exciting new Great Britain & Ireland (GBI) Show Jumping Tour, which has been officially launched this week.

This fantastic initiative has been spear-headed by Robert Fagan, director of the Mullingar Country Fayre and International Horse Festival, one of the four shows sponsoring and participating in the 2012 GBI Tour.

The Mullingar Country Fayre and International Horse Festival, which runs from June 1st-4th, will be followed by the Royal Highland Show in Scotland (June 21st-24th), the British Masters at Southview, England (June 29th-July 1st) and finally, back in Ireland, the Millstreet International Horse Show from August 7th-12th.

Millstreet has taken the usual RDS dates for 2012 due to the Olympic Games.

Commenting on the announcement, Fagan said: “This is a great development opportunity for riders and we hope that it will be the start of an annual Tour that we can improve on every year.

“These are four great shows. The Royal Highland alone attracts 180,000 visitors over the four days. I must personally thank Ann Logan of the Royal Highland, Charles Britton of the British Masters and Thomas Duggan from Millstreet for coming on board this year.

“As a further incentive for riders interested in travelling, Irish Ferries are offering a great discount. Riders just need to quote GBI Tour when booking.”

Horse Sport Ireland’s CEO Damian McDonald welcomed the initiative. “This co-operative initiative is very welcome and those who put it together deserve great credit,” he said.

The scoring system for the four shows will be the same, with riders automatically gaining two points for competing in the Grand Prix. In the event of a rider with several entries, only one score per rider counts.

The winner will be awarded 10 points, with eight for second; six for third; five for fourth; and four for fifth. The final leg at Millstreet will offer points and a half, and in the event of equal points, the rider who is the highest placed in the final leg will be declared the winner.

An updated schedule for the 2012 show is now available here.