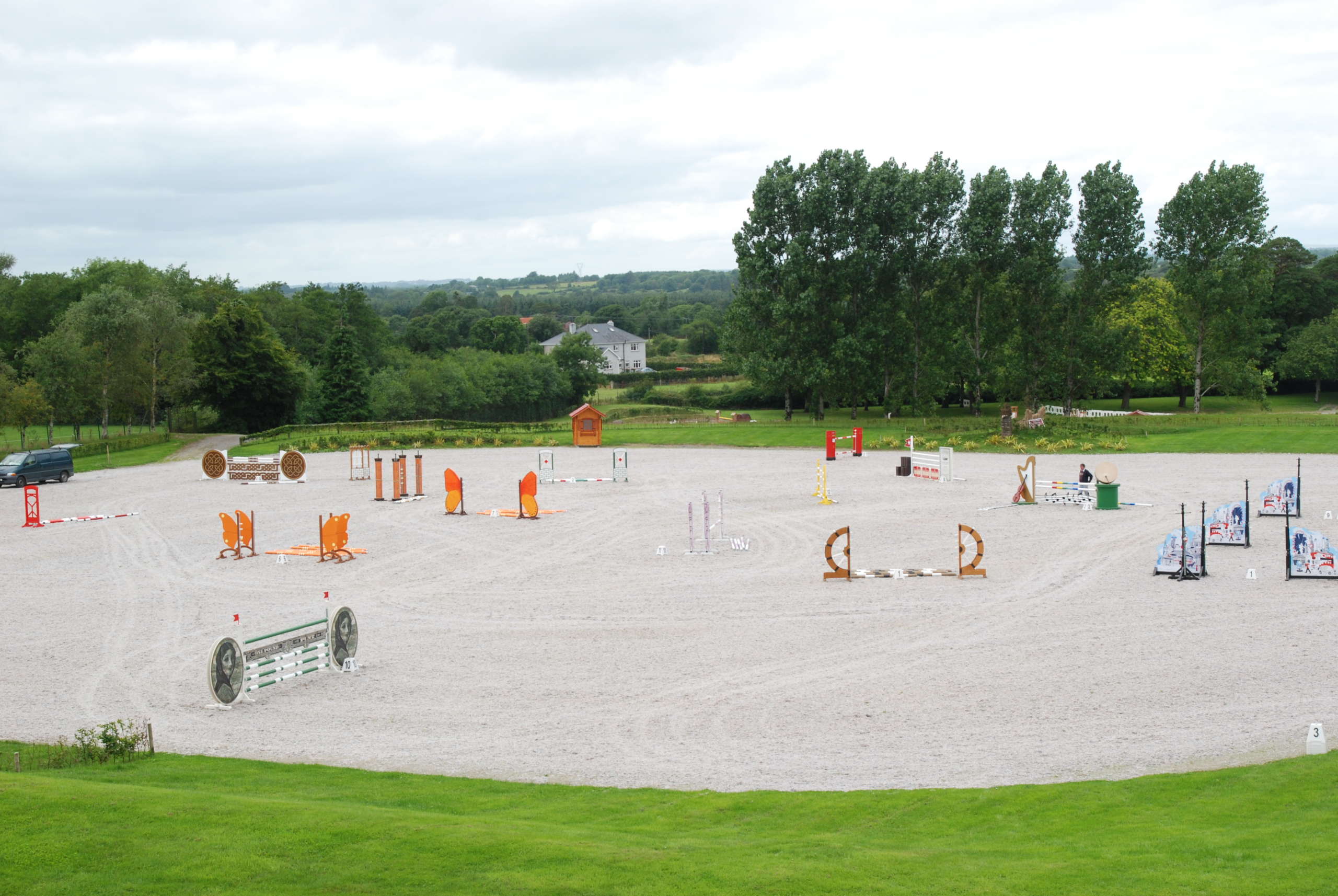 Final preparations are being made at the Green Glens Arena this week in advance of the 2013 Millstreet International Horse Show (CSI***), taking place from 14th – 18th August. Returning to its traditional date in the equestrian calendar, the stage is set for one of the biggest shows yet, with the number of entries received already matching last year’s figures.

The International classes across the week are likely to provide strong competition, with the home team headed by 2012 Olympic Bronze medallist Cian O’ Connor. As well as many of the other top showjumping riders in the country, he will be joined by Nation’s Cup rider Capt. Michael Kelly, leading National Hunt jockey and Hickstead 2013 Speed Derby winner Robert Power, reigning TRM/Horseware National Grand Prix League Champion Greg Broderick and Individual Silver Junior European Medallist Bertram Allen. A strong International contingent will be making the journey across the Irish Sea, including 2012 raider and former European Team Bronze medallist Guy Williams, British rider Louise Saywell and four members of the legendary Whitaker family. Millstreet will also welcome competitors and visitors from further afield, including Spain and Canada.

The show will feature 97 classes running over five days, with a total prize fund in excess of €180,000. Of the 8 International classes (including three Longines World Ranking classes), the €50,000 Millstreet International Grand Prix is the main highlight, taking place on Sunday 18th August. Once again, Millstreet is delighted to host the final of the Connolly’s RED MILLS GBI Showjumping tour. Having included competitions at Chepstow (Wales), Mullingar, The Royal Highland Show (Scotland) and the British Masters (Southview, England), the €10,000 Leading Rider Prize will be determined by the outcome of the Grand Prix. With “Points and a half” on offer, current GBI contenders Steven Whitaker, Alexander Butler and Richard Howley will each be hoping the main competition goes their way.

While competition will be hot across the week, the show-jumps themselves are also likely to attract attention. In addition to the spectacular Irish-themed jumps that were introduced last year, a number of the feature fences from the London 2012 Olympic Games will grace the Main Arena. Visitors to the Green Glens Arena will also encounter changes to other areas of the show, including improved stabling, administration and arena surfaces.

Away from the International action, Millstreet’s commitment to supporting the Irish equestrian industry continues, with a strong entry received for young horse classes including the Boomerang, National Discovery, Young Irelander and Millstreet Ruby. A new addition to the schedule is the “Two Year Old Futurity” class which has attracted interest from across the country. The National Eventing Discovery takes centre stage on Wednesday afternoon with Ireland’s top event horse riders and producers competing for a prize fund of €4,000. Younger riders are also catered for with a host of pony classes; including Ireland’s richest Pony Grand Prix with a prize fund of €4,500.

If you’re looking for a family day out with free admission, world-class showjumping, a wide range of trade exhibitors (including saddlery, leisurewear and footwear, pet accessories and more) then look no further than the Millstreet International Horse Show 2013!