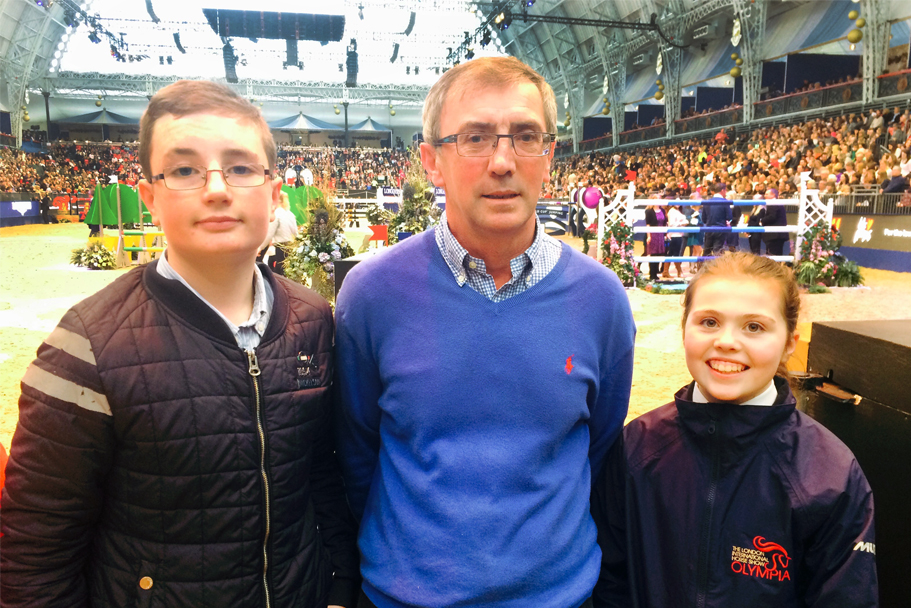 Our Coolmore Young Champions of Ireland, Ciaran Nallon (148cms) and Alex Finney (128cms) enjoyed a special day at Olympia, The London International Horse Show as part of their prize they picked up during Millstreet International Horse Show 2015. Unfortunately, Jason Foley (138cms) was unable to make the journey.
During a walk of the Longines FEI World Cup course with Michael Blake they bumped into some recognisable faces, including Bertram Allen, Peter Charles and Course Designer Bernardo Costa Cabral! They also inadvertently appeared on the live BBC TV coverage!

The day was even more memorable for Alex Finney who took the honours in the Pairs Relay with William Whitaker just hours earlier!

On behalf of our winning Young Champions, we extend a big thank you to Coolmore for supporting the initiative and to those in Olympia who ensured that Alex, Ciaran and their families had a day to remember!