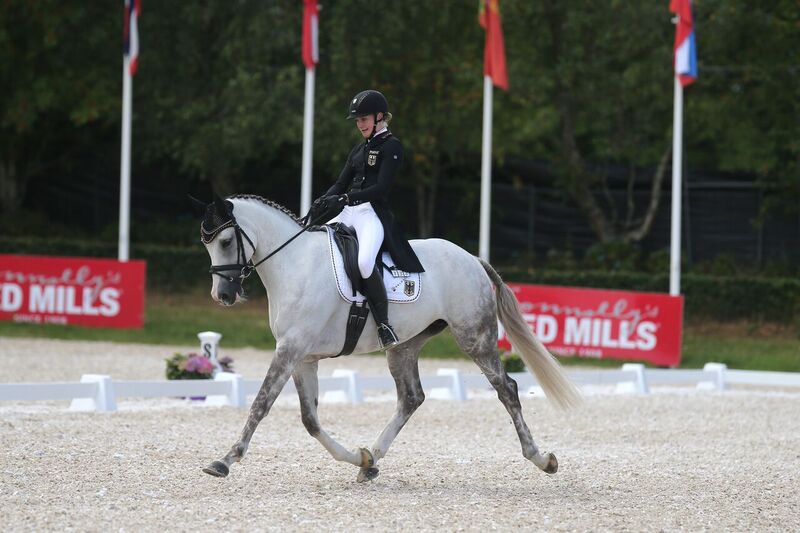 Irish rider Sofie WALSHE is in 8th place on a score of 44.20

With two members of each team having completed the dressage phase, Great Britain are leading on a score of 78.80, Germany are in second on 85.20 followed by France on 90.80

Photo: Antonia BAUMGART (GER) leads the way at the halfway stage of the Junior Championship.