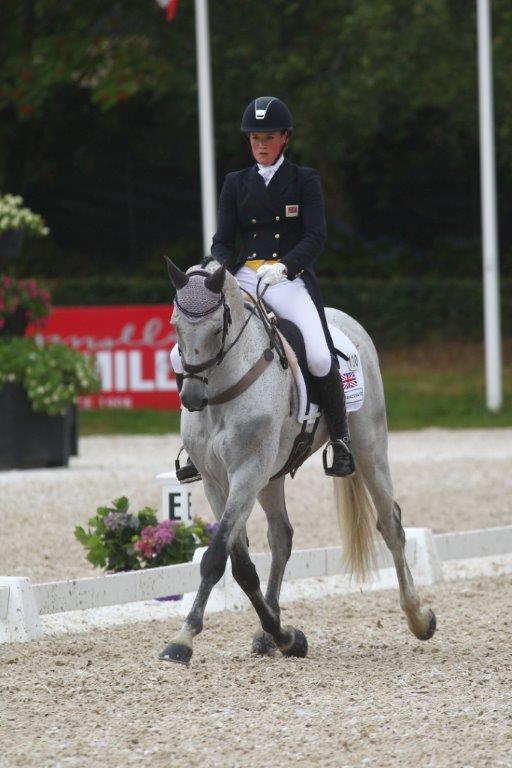 At the conclusion of the dressage phase at the FEI EUROPEAN EVENTING CHAMPIONSHIPS JUNIORS PRESENTED BY CONNOLLY’S RED MILLS, the British Rider Isabelle UPTON heads the field on a score of 23.90. This is the the second best dressage score across all levels this decade for Team GBR!
Isabelle said:

He was amazing, so good, totally with me and gave me a great feeling. He has grown up so much this season”.

Isabelle scored four tens during her test including one for her riding. Asked about Mike Etherington-Smith’s Cross Country course, Isabelle said:

It will take a lot of riding and I am really excited to get out there”.