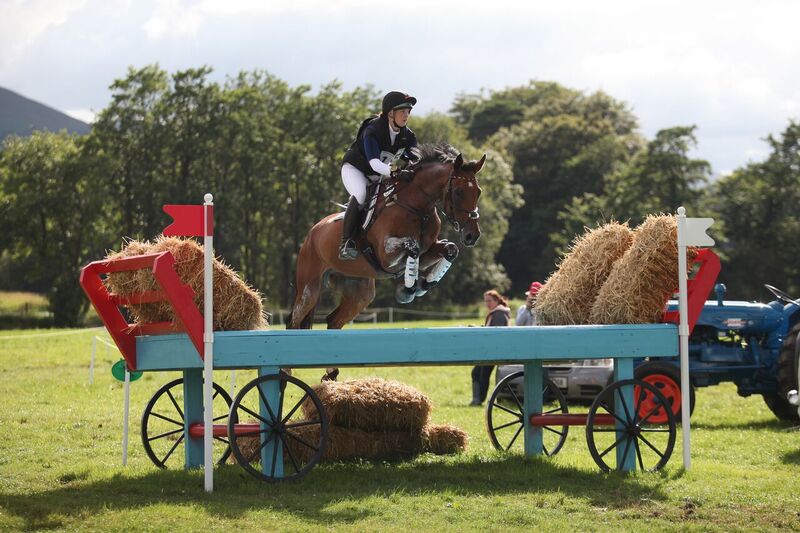 The cross country phase of the FEI European Eventing Championships for Young Riders and Juniors presented by Connolly’s RED MILLS took place at Drishane Castle and was enjoyed by some 10, 000 spectators.
Team GBR rider Isabelle Upton maintained her lead in the Junior Championships after storming round the cross country today inside the time.
Isabelle commented,

My horse was amazing and so straight the whole way.”

In all there were 33 inside the time and only 6 non completions from the field of 75 competitors.
The competition continues with the horse inspection at 0800 on Sunday followed by the show jumping in the main arena at 1100.
The medal ceremony will be at 1300.

Mike Etherington Smith said that he was very pleased with how the courses had ridden during the day.

In the main they rode very well, there were no surprises out there. The footing was excellent which was testament to the hard work the team have been putting in all week. They were true Championship tracks with ways round for those less experienced competitors”.

The Young Rider Championships cross country phase was dramatic towards the end of the day with the overnight leader falling at fence 8B; the Connolly’s RED MILLS Lime Kiln Water.
Hanna KNÜPPEL (GER) stormed round inside the time and now leads the field on 36, 5 penalties ahead of Team Ireland rider Susannah BERRY.
In the team competition German hold on to the lead on a score of 125.7. Team Netherlands had a great day and are in Silver position, having been 4th after the dressage phase, on a score of 127.9 with GBR on a score of 142.30.
The competition continues with the horse inspection at 0900 on Sunday followed by the show jumping in the main arena at 1400.
The medal ceremony will be at 1600.