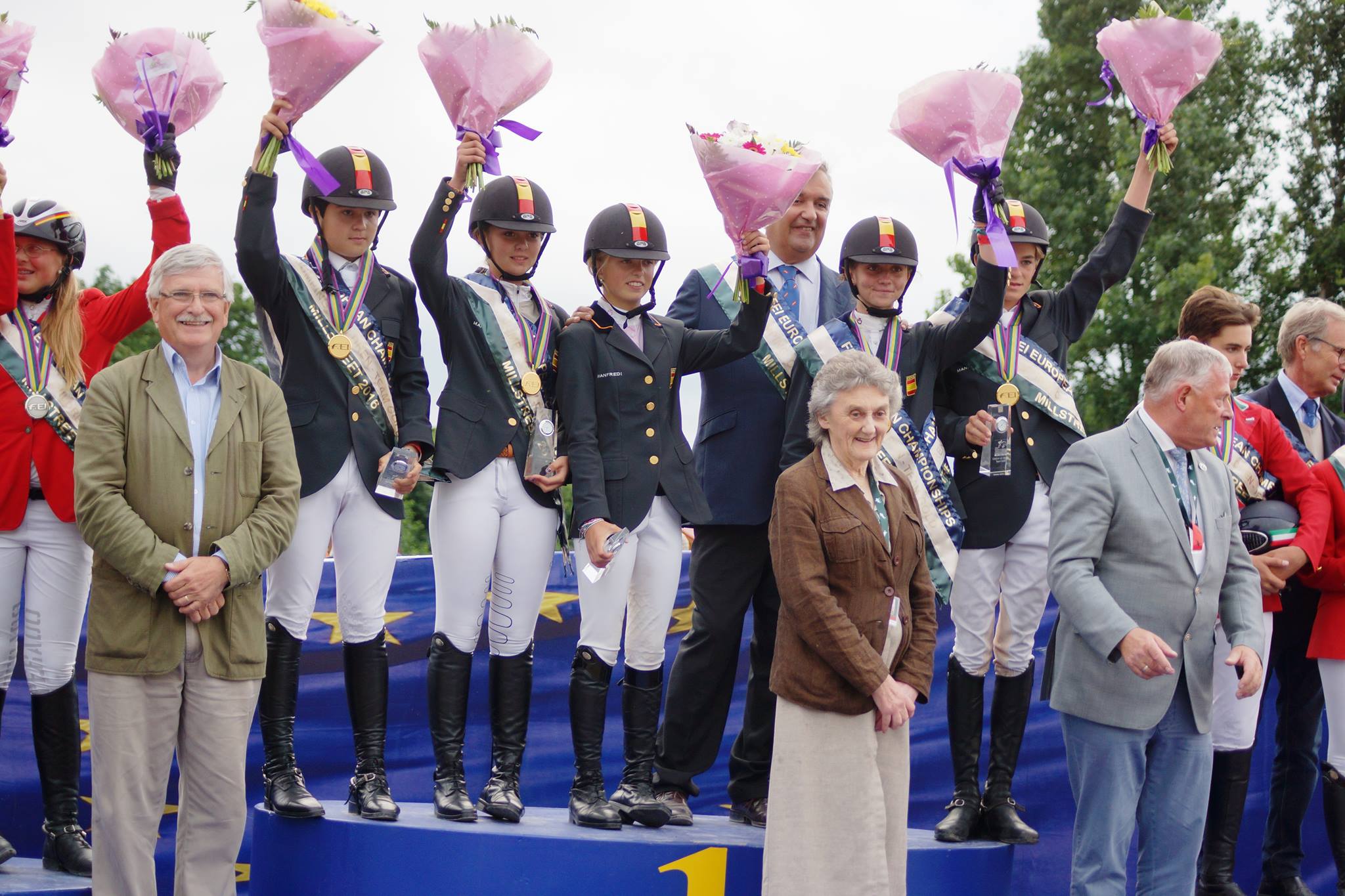 Six nations stayed completely clear on Tuesday: France, Germany, Great Britain, Hungary, Italy and Poland. Austria and Spain had only one penalty point. Belgium, Denmark, Norway and Russia put only one fence down – any of these nations were really close together and even closer to the first medals of the Championships. Yesterday the Children had to pass two more rounds.

This time, the course measured 130cm in height, but the young talents from all over Europe coped with them not less professional than the elder ones. After the first round, ten teams were qualified for the second round in the afternoon (penalty points in brackets): Spain (1), Germany (4), Hungary (4), Italy (4), Great Britain (4), France (8), Austria (9), Russia (13), Belgium (13) and Denmark (16). In the end Spain was able to stay completely clear in the second round of the day and was the fabulous winner team with a minimum of 1 penalty point. Germany and Italy were not far behind – both nations stayed clear as well and remained with their four penalties. As both of them were placed second, a jump off was necessary to distribute the silver and bronze medals. The first three riders of each country stayed clear – the nerves of the last riders decided on the colour of the medals of their nations. Germany stayed clear and it was the turn of the Italians. Everybody held one’s breath, but unfortunately, the last fence fell down and Germany was the glorious winner of the silver medal. Germany and Italy celebrated their medals – Spain even more! The Mediterranean vitality was spread all around the arena during the medal ceremony and the traditional baptism of the medalists. Riders, coaches and their Chefs d’Équipes had to take a nice bath in the water jump – one of the funniest parts of the whole championship!