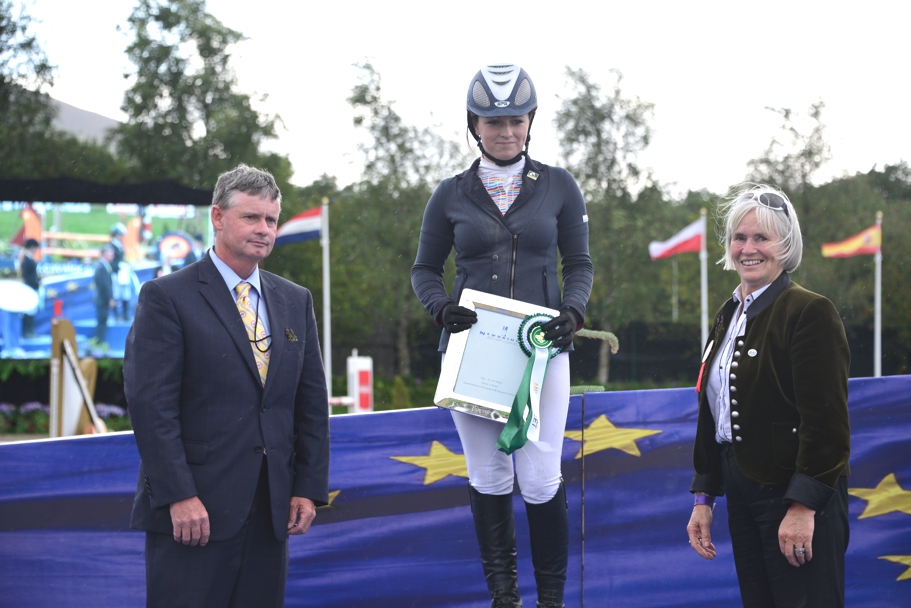 The Millstreet International Horse Show Organising Committee is delighted to be awarding the Hitchmough Young Rider Bursary on Sunday 16th August. Now in its fourth year, the lucky recipient of the Hitchmough Bursary will receive the opportunity to travel to the UK with their horse and benefit from three days of training with Irish Olympic showjumper Billy Twomey. The Bursary includes accommodation for the winning horse and rider.

The Hitchmough Bursary is being offered in memory of Iris & Avril Hitchmough; the founders of Hitchmough’s Riding School in Monkstown, Co. Cork. Both Iris and Avril had a lifelong association with the Irish equestrian scene that included hunting, racing and point-to-pointing, but it was in showjumping that Avril excelled under the guidance of Iris; a lifelong member of the Showjumping Association of Ireland and also President of Cork/Kerry Showjumping Branch. Avril and Iris had a strong involvement in Irish pony teams in the late 1980s and throughout the 1990s including the bronze medal winning team at Millstreet and the Silver Medalists at Hannover, Germany in 1990. In 1996, Avril was responsible for taking a group of children and young riders to South Africa to compete on behalf of Ireland on South African horses – the first time such an event took place. Closer to home, Avril’s course building technique brought Munster Showjumping to a new level and led to stronger performances on a national stage. Avril was proactive in organizing the first amateur Showjumping series in Munster, with the inaugural final held at Millstreet in 1988. That series, now known as the “Sportsman” lives on today.

Competitors under 21 years of age in the 1.20m Young Rider class at Millstreet International Horse Show will be eligible for the Hitchmough Bursary. The top two Under 21’s in the qualifiers on Wednesday and Thursday be invited to join the top two Under 21’s from the 1.20m Young Rider Final on Saturday to jump against the clock in the Main International Arena for the chance to win the bursary on Sunday morning.

Since her win at Millstreet last year with Ikan (owned by her grandmother and showjumping enthusiast Edith O’ Sullivan), Roisín has enjoyed a successful season, including taking the Mullingar leg of the Horse Sport Ireland Connolly’s Red Mills Spring Tour. Roisín was also awarded the Leading Young Rider Award at Killossery Lodge Stud earlier this year. On her return from Billy’s yard in the UK, Roisin commented,

I had an amazing time training with Billy with two or three lessons every day and getting to ride his own horses as well. The bursary really helped to improve me as a rider and I am extremely grateful for the generosity of Jill Twomey and her family. The Hitchmough Bursary is a great training opportunity for young riders and I wish this year’s riders the best of luck!